Home Entertainment #BBNaija: “Tobi Is A F**k Boy Who Has Nothing To Offer A...
Facebook
Twitter
WhatsApp
Telegram

Controversial Big Brother Naija housemate, Cee-C has said fellow housemate Tobi is a f**k boy, she said this while speaking with Alex. Cee C said,  Tobi is a f-ck boy who has nothing to offer a grown woman like her.

This happened during a conversation between both of them about their disagreements. 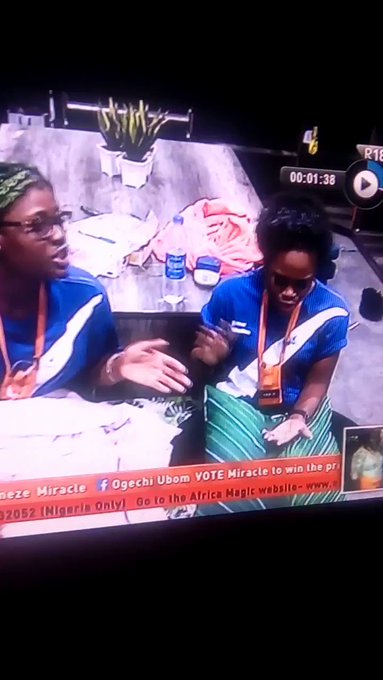 Meanwhile, Big Brother Naija 2018 housemate, Cee-c is now the head of house for the final week of the television reality show.